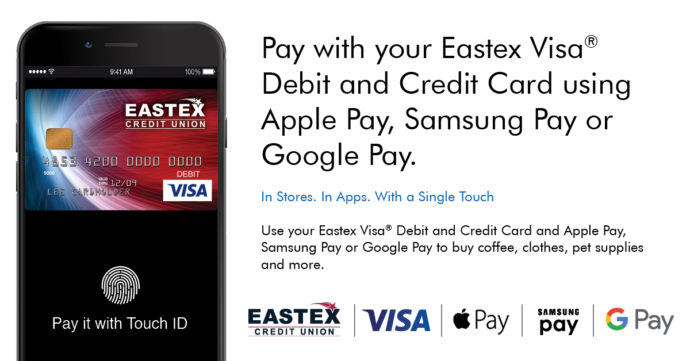 Welcome to a new, safer way to pay.

Tokenization has recently taken off due to the increased usage of e-commerce and mobile payments including Apple Pay, Samsung Pay and Google Pay which are being used at hundreds of thousands of retail stores, online and on mobile apps.

Similarly to the new chips in cards, the entire point of tokenization is to prevent your bank information from getting into the wrong hands. Chip cards do a good job when being used in physical stores but do not protect your information online or through mobile payments- this is where tokenization comes in.

Though the processes are similar, end-to-end encryption will encrypt the cardholder’s sensitive information at the beginning of the transaction and then decrypts it at the final destination. Tokenization, on the other hand, is not reversible and never exposes your personal account information and instead uses a unique token for the entire transaction. Both tokenization and encryption reduce the number of systems that have access to your sensitive card information.

How Does Tokenization Affect Me?

We know this language can be confusing, so here is how it ultimately benefits you, the credit card holder. Tokenization is used in three types of payments: subscription billing/recurring payments where businesses keep your card “on file”, one-click checkouts on eCommerce sites and mobile payments including Apple and Android Pay.

Take Apple Pay, for example. After you take a picture of your credit card, Apple sends the details to your issuing bank. It then replaces your card information with a series of randomly generated numbers (the token). That token is sent back to Apple, which is programmed into your phone and used for transactions. If your phone happens to fall into the wrong hands, your credit card information can never be accessed.

For more information, stop by any of our Eastex Credit Union branches.