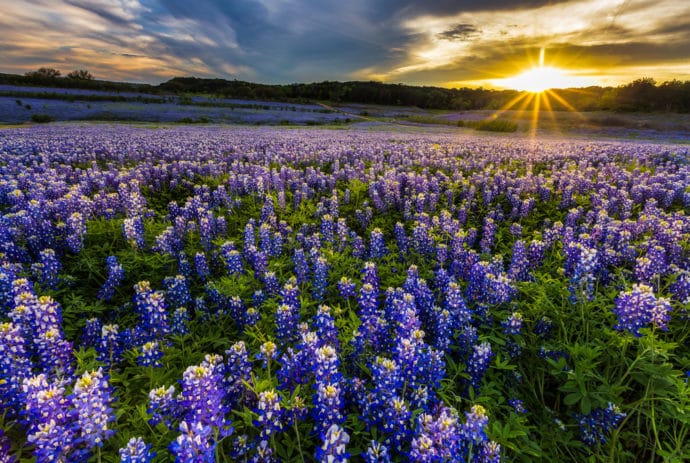 Having a large number of official state symbols is unsurprising when you consider the vast size of the state and geological and cultural differences within the boundaries of it. Texas has a rich, diverse cultural heritage and tangible representations of it and its natural resources have become official symbols for the state. State symbols began to be adopted following the creation of a “National Garland of Flowers” for the 1893 World’s Fair in Chicago, where each state was represented by a particular type of flower. The trend expanded from there and now each state has many symbols that acknowledge the unique natural beauty, landscape features, and cultural heritage of each.

Every Texan knows that the State Flower is the Bluebonnet and the State Nickname is The Lone Star State, but how many know what the State Dinosaur or State Snack is? Here is a list of some of the well-known and not-so-well-known Texas State Symbols: