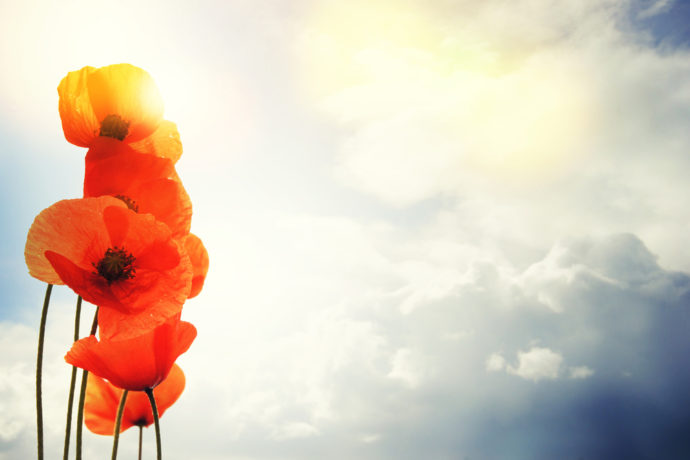 History of the Observance

Memorial Day is observed on the last Monday in May so that we may honor the men and women who died while serving in the military. Memorial Day was designated as a federal holiday in 1971, although the origins of the holiday date back to the years following the American Civil War. The large number of lives claimed while fighting for the Union or Confederate forces required large graveyards for the fallen, which lead to the establishment of our country’s first national cemeteries. Towns and cities across the nation held springtime tributes to the soldiers, where their graves were maintained and decorated with flowers. Originally known as Decoration Day, Memorial Day grew from this tradition. Following World War I, the day was expanded to honor American military personnel who died in all wars.

The red field poppy is a popular symbol used on Memorial Day in the United States and is also used by other nations to remember their fallen soldiers. The red field poppy, papaver rhoeas, which can only germinate in disturbed soil, was one of the first plants to grow in the war-torn battlefields of Europe. The flower was seen as a sign of hope and new life and was adopted as a symbolic reminder of those who died and it became known as the remembrance poppy. The remembrance poppy has been used as a symbol of memorial since the late 1910s, and has commonly been worn on lapels in the form of silk flowers, and fresh, plastic, and fabric flowers have been made into wreaths placed at soldiers’ graves.

Having a parade is one of the most prevalent Memorial Day traditions. There are thousands of parades held every year in cities and towns across the country. Most feature marching bands, veterans groups, and servicemen and women. The nation’s largest Memorial Day parades take place in Washington D.C., Chicago, and New York City.

Visiting local veterans’ cemeteries on Memorial Day has become a tradition for many organizations as well as families. They use the holiday as a chance to help beautify the less cared for graves, and to place flowers, wreaths, and flags by the headstones. National battlefields, war monuments, and memorials are also heavily visited on Memorial Day.

Memorial Day has also become known as the unofficial start to summer. Many use the long weekend to have picnics and BBQs, take their boats out on the water, and relax while enjoying the company of family and friends. Public concerts and fireworks are also common on this extended weekend.

In honor of the holiday, all Eastex CU branches will be closed on Monday, May 29th. You may continue to access your accounts via online and mobile banking during this time, and our ATMs are available 24/7.