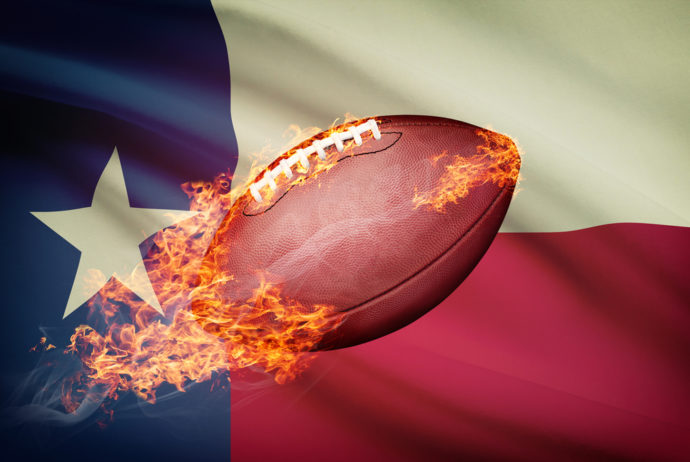 A new school year has begun and summer is drawing to an end, which means that football season has arrived. It is during this time of year that Friday nights become the highlight of the week and the high school stadium stands are packed to watch each week’s matchup. New and returning varsity players are trying to stand out among the rest of their teammates while relying on each other to beat the rival team. From now until November, Friday night football in stadiums will determine whose dreams will come true and whose will be dashed.

In the Lone Star state, football is the most popular high school sport. The dominance, determination, and skill of the players, teams, and coaches throughout the state has been chronicled in books, television shows, and movies.  To get ready for that much anticipated first kickoff, here are some interesting facts about high school football in Texas:

Eastex CU is proud to support our local high school football teams. We enjoy spending our Friday nights under the bright lights of a stadium, listening to the marching bands, while watching the drama unfolding on the field. Be sure to show your support for your favorite local team this football season. Click on each of the teams listed below to see their game schedule for 2017.