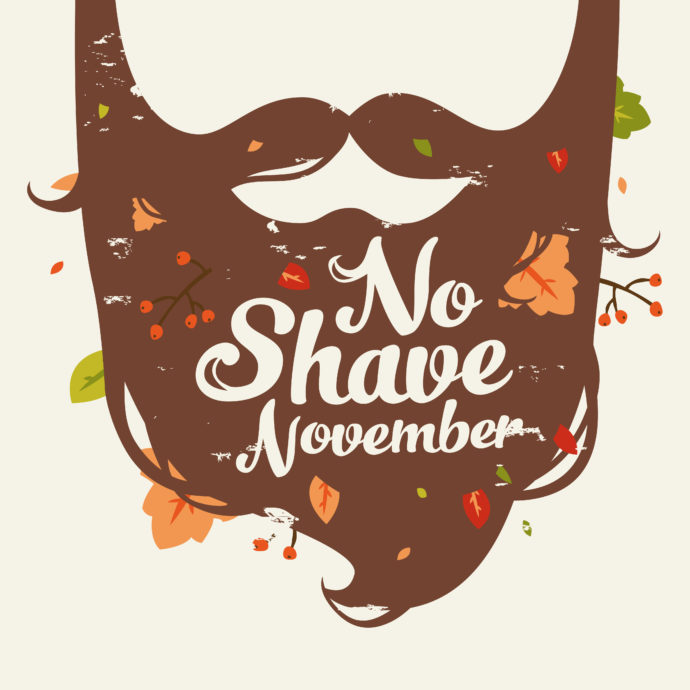 You may notice that more men seem to be giving their razors a vacation this month and letting their facial hair grow longer. It might be because they are participating in an annual month-long event called No-Shave November or Movember, with the goal of raising cancer awareness. The first occurrence was in 2004 and has grown in popularity since, with many looking forward to the 30-day break.

The concept, according to No-Shave.org and the Movember Foundation, is to grow men’s health and cancer awareness by embracing your hair, which many cancer patients lose while receiving treatment. This frees up the money that you typically would spend on shaving and grooming supplies, which can be donated to non-profit organizations that provide education on cancer prevention and aid to those fighting it. It’s easy to participate; all you must do is forego shaving for a month. While it may be easier to spot the men that are participating by the increasing length of their stubble, women and those with strict dress codes are also encouraged to participate in whatever way they are able to or offer their support to those who are participating.

Whether you are participating in this annual November tradition, or simply wish to support those who are, here are some trivial facial hair facts that are great conversation additions.